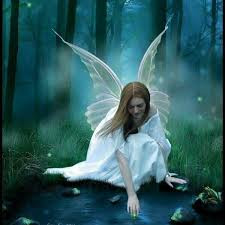 Many years ago I was given a pack of tarot cards from a family member, they intrigued me and soon I found myself wanting to know everything I could about them. Like many people I started with the book that came with the cards, but subsequently I found I could intuitively connect with them and read them at a much deeper level. I then started reading for friends and family and I have never looked back.

What do you like most about giving readings to clients?

I find giving readings very rewarding especially when I can give the client clarity or a new perspective based on their present situation.

How would you say you are typical of your star sign?

My birth sign is Cancer, and as a water sign we are generally known to be intuitive and empathetic. I use my intuition on a daily basis and trust in my naturally abilities to guide me through life.

When do you remember being first aware of your gift?

As a child I was always a bit of a loner, preferring my own company and that of my faithful dog Shep. After a somewhat turbulent childhood, I found my intuition heightened from a rather young age, of course I had no idea at the time what spirituality was let alone that I had Angels watching over and guiding me.

What is your most memorable experience with a client?

I remember a young woman contacting me for a reading. She told me that she would be moving in with her boyfriend and they both wanted a dog, though they couldn’t decide which breed. Without mentioning the breeds, I immediately said it was a choice between a black Labrador and a Jack Russell. I remember her gasp on the telephone. Wow, she replied, that’s exactly the two breeds that we were contemplating. I told her that I actually saw her with both breeds, and that the Jack Russell would have a comical name. Approximately four months later she contacted me again for a reading and told me that they had indeed a black Labrador and a Jack Russell. The black Labrador they named Milly and the Jack Russell they named “Russell.”

What other experiences or qualifications do you have that you feel compliment your work as a reader?

As many light-workers will tell you we have not had an easy journey but it is through this journey that we ascend. As I got older I started looking for my life's purpose and purely by chance I was gifted a tarot deck. I started giving readings to friends and family whom were surprised at the accuracy. I then began readings for colleagues and neighbours and I realised that I had a natural gift. I've been reading tarot cards for about twenty years personally and approximately 8 years as a professional tarot reader.

What is the most important thing for a person to consider when they decide to have a psychic reading?

I believe that a person requesting a reading should be drawn in some way to a reader. I always ask clients to come with an open mind and try to relax. You might also want to have a pen and paper at hand as some people like to make notes.

How to have your live 1-2-1 Psychic Reading