The gentle buzz of a bee as it flits from flower to flower is a beautiful part of summertime. These little insects are a vital part of our eco system, pollinating plants to enable them to produce seeds and grow. 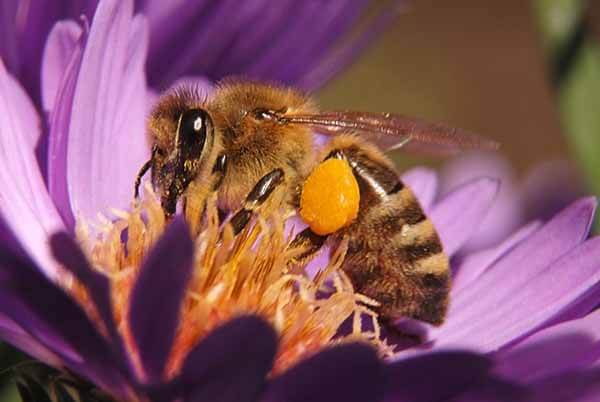 Fascinating Facts, Myths And Legends Of These Industrious Little Creatures

The gentle buzz of a bee as it flits from flower to flower is a beautiful part of summertime. These little insects are a vital part of our eco system, pollinating plants to enable them to produce seeds and grow. It's estimated that about one third of the world's food consumed by humans relies on pollination by bees. So bees are essential for human survival. It's little wonder that a rich folklore has grown up around these busy little creatures. Here's some of it.

The importance of bees to human culture is reflected in the many sayings related to these insects.

*Busy as a bee. Bees are industrious, often flying ten miles every day to forage for pollen. So if you're busy as a bee it means you are extremely busy!

*Make a bee-line. Bees have can navigate long distances and always find their way back to their hive. To make a bee line means to go straight towards your goal.

*Bee in the bonnet. Interrupt a bee at your peril! They get annoyed. Similarly, having a bee in your bonnet means to be annoyed or agitated about something.

*The bee's knees. Means something wonderful or the best, although it originally meant something very small. A bit like a real bee's knee!

A bee hive is ruled by a queen bee. So bees represent the divine feminine in spiritual tradition. Divine feminine is the female aspect of the Divine (or God). Early cultures may have worshiped a Mother God as their supreme divinity. Ancient Minoan culture from the Greek island of Crete especially revered the bee as a symbol of divine feminine. Archaeologists have uncovered sacred bee jewellery and images from the remnants of the Minoan civilisation.

The Minoans were not the first society to see bees as sacred creatures. Bees are depicted in Prehistoric art on the walls of caves in Spain and India. The ancient Sumerian culture of the Middle East also revered bees as sacred. In ancient Egyptian legend bees were born from the tears of the Sun god Ra as they fell onto the hot desert sand. The honeybee was an Egyptian royal symbol for more than 4,000 years.

According to ancient Greek legend, the king of the gods, Zeus, was raised by a bee goddess, called Melissa. Later, the bee goddesses' priestesses were collectively called Melissae. Sacred bees are also associated with the goddesses Demeter, Artemis and the god Apollo, in Greek myth.

Probably the world's oldest alcoholic drink, mead is made from fermented honey. It was heartily enjoyed by very many cultures across the world for thousands of years, until it fell out of fashion in the past two hundred years or so. The Vikings were one such culture who enjoyed swilling down mead in their feasting halls. The Norsemen believed drinking this honey brew could impart wisdom, poetry and even immortality.

6) Birds Of The Muses

The association of bees with arts was fixed firm in ancient Greek culture, too. To them, bees were called 'birds of the muses', who could grant gifts of eloquence, poetry and fine singing. An Irish poem calls bees: 'the little musicians of the world' because of their loud but harmonious buzzing sound.

Bees are linked to love. The sweet, sticky honey they make has become an affectionate name for somebody you love. A honeymoon may have got its name from the gift of mead traditionally presented to newlyweds.

Bees are a symbol of creativity. From the honey they make to the plants they pollinate to the sound they make - they are a creative force. A bee hive near your home is said to increase productivity and industriousness in your daily endeavours.

The bee is a soul symbol. It signifies a link between the spirit world and the human world. In legend, bees were thought to see the future. The Greek god Apollo was taught to see the future by bee goddess Mellonia and her two sisters. Bees are guardians of nature. Next time you watch one buzz by, think of all the folklore attached to that tiny insect. Grow flowers that attract bees in your garden or in a window box.